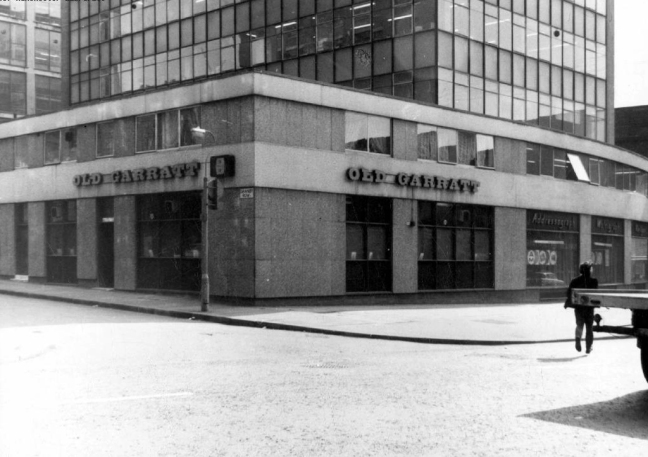 Once there was a hall that’s all – The Garratt Old Hall.

Seen here in this well preserved glass negative print of 1910 – I assume that the hall was demolished around this time.

Then rather confusingly the Old Garrick pub appears in 1844 – demolished in 1965.

1973 and the Old Garratt opens as a Boddington’s house.

Alongside on the railway viaduct is a poster for the then ubiquitous and iniquitous Tartan Bitter. Happily the Garratt sold a great pint of Boddington’s Bitter on cask, a milky pale pint that went down so cheap and easy.

On one occasion we all met up after work to have a drink before going to the The Carousel on Plymouth Grove to see The Pogues – we never made it, I assume Shane and the lads did.

Time changes everything the Cream of Manchester is now a somewhat sour subject, the Old Garratt has dropped the old in favour of Ye Olden Days, a look which it clearly lacked.

The pub that thinks it’s a pack of John Player Specials.

Add a little neon and faux grass and voila – a dog’s dinner for two or more.